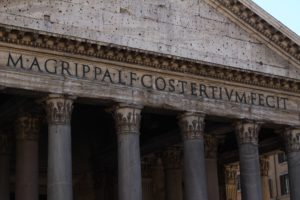 Tomorrow is March 15th, or the anniversary of the day that Julius Caesar was assassinated in 44 BCE. In the 2,061 years that have passed between then and now, the world has seen incredible changes.

Back in Caesar’s time, most people didn’t use a soft-bristled toothbrush and fluoridated toothpaste to keep their teeth clean. But surprisingly, the ancient Romans had fairly modern dental practices, not completely unrecognizable to what we have today.

In honor of the Ides of March, Pleasanton Prosthodontics is here to discuss some ancient dental practices and what we can learn from them to better improve our own understanding of oral health.

Ancient Rome had some of the more advanced medical practices of the day. Roman medical practitioners were able to amputate limbs, perform Caesarian sections, and conduct pelvic exams.

In 1987, 86 human teeth were uncovered in the Roman Forum, the hub of ancient Roman government. Upon studying them, bioarcheologist Marshall Becker found that ancient dentists were likely removing decayed teeth with the intentions of improving a patient’s overall health.

Becker found that there were no markings on the teeth which suggested that heavy tools were used to quickly remove them from the patient’s mouth. Apart from the decay, the teeth were in fairly good shape, indicating that they were removed in a more intricate way.

According to De Medicina, a book written by a Roman encyclopedist around Caesar’s time, dentists would remove teeth by loosening them in the socket and removing the part of the jaw attached to those teeth.

If Becker’s findings are accurate, Rome is likely one of the earliest civilizations to utilize tooth extraction for medicinal purposes. Near the teeth, excavators also found small jars believed to have held pain relieving ointments to help patients endure more intense dental practices.

In order to brighten and whiten their teeth, some Romans would use ammonia, probably extracted from urine. Only the wealthy could afford this luxury, as ammonia-based tooth cleaner was generally shipped in from Portugal.

This may seem odd to our contemporary sensibilities, but we actually still use ammonia in some dental products today. 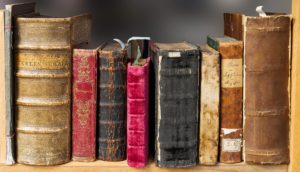 The Romans were not the only ancient civilization that had fairly modern dental practices. In 2006, 11 preserved bodies were discovered in Pakistan, where they were buried nearly 9,000 years ago. Scientists found that many of these bodies had teeth that showed signs of drilling, quite like the way modern dentists administer fillings to treat cavities. One of the drilled teeth even showed signs of further restoration, which indicates that the patients went on to live after their procedures.

Mayans are known as the masters of primitive cosmetic dentistry. Precious stones were used to decorate teeth to make smiles shine and sparkle. While much different than today’s version of cosmetic dentistry, Mayan dentists were very good at what they did. They would carve holes into teeth and then affix stones and gems into the enamel.

It wasn’t until the Middle Ages that dentistry became an actual practice. In ancient times, dental treatments were performed by general doctors or barbers. The French physician Pierre Fauchard wrote a book detailing proper care for teeth and was the first to link sugar consumption with cavities. Because of this book, the first dental college opened in 1840 in Baltimore. Since then, dentistry has quickly evolved into the complex medical field that it is today.

While the dentistry of ancient times seems painful, odd and even a little bit scary, it’s because of these early explorations in oral health that we are able to provide our patients with state-of-the-art practices today. We’re ready to take your questions and concerns and provide you with the answers that you need to stay healthy.

While we don’t remove jaws or fix patients with gems in their teeth, we are happy to help you combat tooth decay or pursue dental implant surgery. Make an appointment with our Pleasanton office to get started!

Previous post Brush Up On Brushing: The Top 5 Brushing Mistakes Next post Overcome Dental Anxiety Before Your Oral Health Problems Get Worse (Infographic)